skip to main | skip to sidebar

This story is wild. Apparently, a female Atlantic Blacktip shark at the Virginia Aquarium carried a pup that contains no genetic material from a male.

1) It's not the first time this has happened in captivity. According to an AP article on MSN.com, "The first documented case of asexual reproduction, or parthenogenesis, among sharks involved a pup born to a hammerhead at an Omaha, Neb., zoo."

2) That same article made zero biblical references. I don't know if I could have shown that same restraint.

Also, I'd just like to say that this story makes me glad I'm not particularly afraid of sharks... because now they're replicating at will....
Posted by Tim at 12:24 PM No comments: 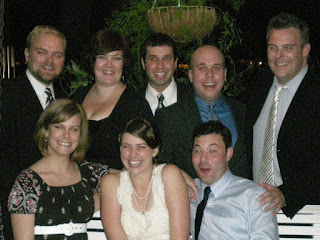 I realize only now that I never really gave an account of Joe and Shelby's wedding down in North Carolina (which was a month ago now... Crazy).

The wedding was amazing. Cowlick, pictured above, got together for the wedding (and for those who haven't been playing along, Cowlick is one of the improv teams I'm involved with in Chicago. They were the first team I joined here, are still the team with whom I play the most, and are basically like family to me...).

Knauf (first row, making the ridiculous face) lives in Denver now and Scotty (back row, center) lives in the NYC area, so it's a rare thing for us to all be in one place at one time.

I was honored to be able to deliver the remarks at the wedding, and take part in a few other ways as the officiant. There was also a minister on hand (Joe's uncle) to handle the religious and legal bits of the ceremony. I've included a few more pictures below. 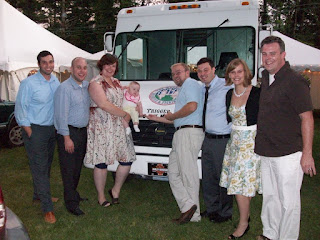 The rehearsal dinner was pretty excellent. It was catered by Woodlands BBQ, based in Blowing Rock, NC. (One of my favorites back in college...) Apparently they nickname their catering trucks, and this one, "Trigger", happened to share the nickname we have for BJ (pictured here, far right) and Janelle Tregoning's lovely baby girl, Elyse.

BJ and Janelle don't think it's that funny that we have referred to the child as "Trigger Tregoning" since months before her birth. 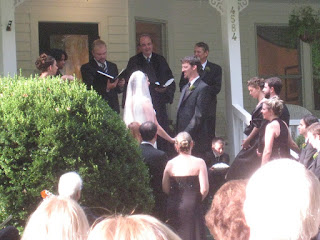 The actual ceremony took place on the front steps of the Taylor House Inn outside of Valle Crucis, NC. The couple wrote their own vows and delivered them beautifully. 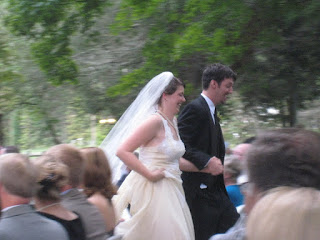 They are a very happy, and completely hilarious couple. 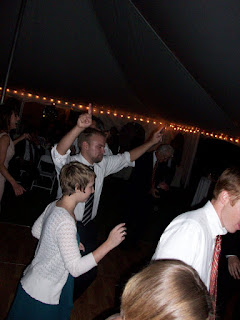 There was, of course, dancing. There was a kickass bluegrass band at the rehearsal dinner, and an amazing old-timey ragtime-style Jazz band at the reception. Great stuff. This is me dancing (sort of) with Jen, who was kind enough to accompany me to this crazy wedding. I'm sure you'll see more from her in future blogs. 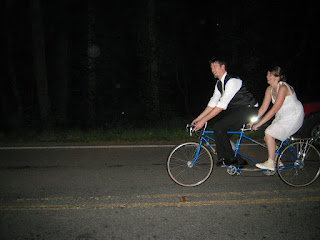 After all was said and done, Shelbs and Joe took off on a bicycle built for two.